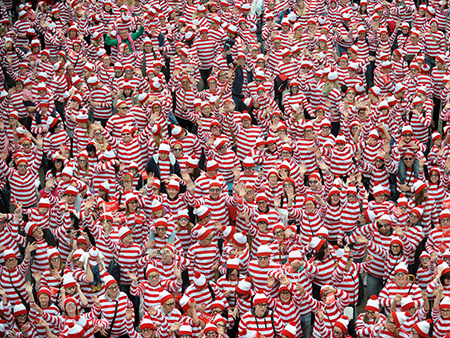 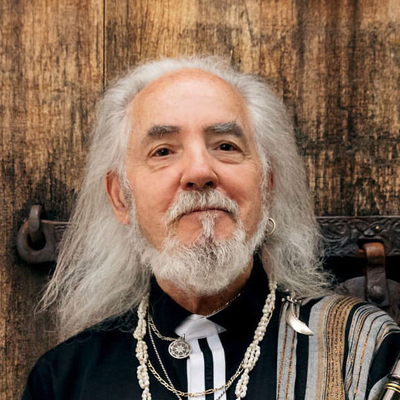 I write this to expose some of the deceptions that Caligastia historically has used, and continues to use now, to discredit both The URANTIA Book and the Continuing Fifth Epochal Revelation (found in The Cosmic Family volumes). Deception through decoy has been a major trick of the fallen Planetary Prince of Urantia (Caligastia) since his fall 200,000 years ago, beginning by him aligning with Lucifer’s strategies of discrediting Michael of Nebadon (our Creator Son) and the finaliters in their universe plan of ascension, ministry, and administration.
There are many references to the Lucifer Rebellion and the Caligastia fall throughout The URANTIA Book, with three entire papers focused on this particular system- and planetary-level deviation from the way of the Universal Father. Much deception was presented during the great heavenly debate that occurred on Jerusem (the capital of our system of Satania) in the first seven years after the inception of the Rebellion, which the fallen Planetary Princes took to their worlds. Many of those false concepts are conceptually alive today on Urantia.          On Urantia, the “Caligastia influence” has attempted to discredit the Fourth Epochal Revelation—Jesus Christ—during and after His life here on Earth, and this diminishing of the true identity of Jesus Christ continues today. Very simply put, the strategy of “painting a portrait” of Jesus being a mere carpenter and uneducated and forming a “cult” of followers implies that no good minds could come from a mere laborer or from Nazareth, etc. This strategy of demeaning the experiences and background of certain political or religious leaders is used in every area of society today—regardless of whether the “facts” presented are truthful or distorted.
Thus the attempts at invalidating The URANTIA Book, by discrediting the individual humans behind its beginnings, is still used today—“nothing good could have come out of that gangster-infested, corrupt city of labor, Chicago, in those early days” and so on. (Interesting to note that today Chicago has one of the highest rates of violence and shootings in the nation.)
The same strategy is used with the humans behind the Continuing Fifth Epochal Revelation, especially the Audio Fusion Material Complement—“nothing good could come from the uneducated son of a Pittsburgh laborer” and so on. Also misleading is the still-popular idea that spiritual revelation is supposed to come out of Tibet or India or some other “mystical” place other than your own backyard.

The Phenomena of Channeling in the Urantia Movement

After my introduction to The URANTIA Book, through long-time reader and teacher Duane Faw in Malibu, I attended various study groups in southern California and met people who were beginning to get into New Age teachings (many of which are truths, but many are absolute nontruths), including The Course of Miracles (published in 1976) and The Keys of Enoch (published in 1973), which were decoys drawing people away from a deep understanding of The URANTIA Book.
A few years later—in the hopes that “readers” would not get into “channeling” (which was so popular in the New Age movement)—I and my associates, in early 1990 (and continuing until the publication of the First Edition of The Cosmic Family, Volume 1 in 1993), distributed a few early transmissions/papers in print to many individuals in the Urantia movement, including Duane Faw who I loved and admired and was my first teacher, who I was supernaturally led to by the midwayers, which I wrote further about in my autobiography The First Stage Of Light And Life, Into The New Millennium.
I also shared with Duane (verbally and in writing) other information of what was beginning to unfold with me as an audio fusion material complement, much of which is in Paper 209 of The Cosmic Family, Volume 1. Duane passed that additional information on to other Urantia Book readers.
Paper 209, of The Cosmic Family, Volume 1, states that all interdimensional celestial communication stopped in 1989, when Machiventa Melchizedek became acting Planetary Prince of Urantia. That paper explains the difference between an audio fusion material complement and the channeling process. Unlike channeling or the method utilized with the sleeping human vessel used to communicate to the first small group of humans (which eventually culminated in the Urantia Papers), audio fusion has more to do with particle fusion from ultimatonic to cellular levels of a celestial personality (morontia or spirit) with a mortal. I realize that many in the Urantia movement did not receive this information readily, with many taking offense.
As was stated previously, this and other information about Celestial Overcontrol communicating through me as an audio fusion material complement was sent to many in the Urantia movement in early 1990. Unfortunately, some of those who had been influenced by the New Age teachings took the information and “ran with it,” actually claiming to channel information from celestials. If they channeled something other than their own thoughts, they were “channeling” fallen midwayers, like Ham who was one of the first so-called entities to be channeled (which I understand to have been with a group in Woods Cross, Utah sometime in 1990, a few months after my associates and I had distributed those transmissions/papers).
There is usually some truth in the fallen midwayers’ teachings, enough to deceive, and then deviation from the truth is presented—a major lie, a major deception. For 200,000 years, this has been the strategy of Caligastia on this world, which lures people away from the full truth. Some of these lies or falsehoods are:

The channelers began to use terms that were very close to those in the early transmissions/papers of Continuing Fifth Epochal Revelation (CFER), even calling the channeled messages “transmissions.” From the very beginning of this channeling sensation within the Urantia movement, certain information and concepts presented in CFER have been used by (what is now known as) “the Teaching Mission,” which seem to parallel some of the information in CFER but in reality puts a “spin” on it, thus creating a distortion, a falsehood.
The concept of “the correcting time,” which is used by channelers in the New Age movement as well as in the Teaching Mission, is actually what is referred to in Continuing Fifth Epochal Revelation (CFER) as “the adjudication of the Bright and Morning Star versus Lucifer” or simply “the adjudication.”  Those of us who were the “first forum” for CFER recognized decades ago, back in the early 1990s, that the Teaching Mission was a decoy to the Continuing Fifth Epochal Revelation. Again, decoys are one of the greatest tricks of Caligastia to take the people’s eyes off of the highest truth.

Decoys Since 1955—The Publication Year of The URANTIA Book

It was a decades-long process of the Revelatory Commission (Celestial Overcontrol) communicating with the human Contact Commission (a small group of people) in Chicago that eventually culminated in the Urantia Papers, which were published as The URANTIA Book in 1955. During the same period of time in the Chicago area, the Baha’i temple was being designed and built. The Baha’i religion teaches the sisterhood and brotherhood of humankind under one God, as do the Urantia Papers teach the Fatherhood of God and the sisterhood/brotherhood of humans. There was a certain “buzz” going around certain spiritual circles of Chicago about both events, with people deciding which one was of greater spiritual significance.
Of course, the beauty of the Baha’i teachings cannot compare with the epochal revelation of the Urantia Papers, but through the influence of Caligastia they were used then (and still now) as a decoy to keep certain people away from the significance of Urantia Papers as an epochal revelation. I am sure the temple was much more impressive than 533 Diversey Parkway (administrative headquarters for The URANTIA Book), as people usually are impressed by outward appearances.
In 1955, when the First Edition of The URANTIA Book was published, our country was in a kind of a “Nelson-family” mentality; everything was hunky dory. “The Great American Dream” seemed to be accessible to most people (at least white people), and there actually was a true middle class. Materialism was the decoy, and that decoy is still existent today. Here are some other decoys that emerged around the time The URANTIA Book was first published:

In the kingdom of God on earth—the one coming (the physical) and the one within the hearts and souls of those who have truly turned their lives over to God—there is no competition. There is only love. There is only truth, beauty, and goodness. Like Dalamatia 200,000 years ago, where the highest of the races came for spiritual and higher-civilization learning (including agriculture), so does Divine Administration work today, in its beginning stages, to serve not only the Destiny Reservists who are called to come here but to serve all humanity.
So those in Divine Administration (in Tumacácori, Arizona) study the Fifth and Continuing Fifth Epochal Revelation and also live its truths in their everyday interactions with each other, for only through experiential learning (like Jesus taught the apostles) can one truly learn epochal revelation. That is one of the reasons why Jesus never wrote anything in His day. Head knowledge without experience is just that—knowledge. Wisdom comes with experiential knowledge.
Dalamatia was a great campus of all races and all forms of thought, with people coming together under a common banner:  the Fatherhood of God and the brother-/sisterhood of humankind. And for 300,000 years great and wondrous things happened on Urantia, until the Lucifer Rebellion was implemented by Caligastia on this world. The result of the Rebellion is present-day Urantia, with all its confusion, suffering, and religious conceptual division.
Continuing Fifth Epochal Revelation and Divine Administration have lasted now for more than thirty years (in spite of many decoys and attempts to stop its expansion and outworkings). Those aligned with Divine Administration, and who live in the intentional community of a golden-age culture, have grown to be one of the largest EcoVillages in the United States member-wise. The 100+ Destiny Reservists from all over the planet have endeavored to bring The URANTIA Book and Continuing Fifth Epochal Revelation to the world, and it is our raison d’être every day. Most importantly is the love of God in our hearts.
The majority of humankind have never understood the starseed, and in recent history the minority of starseed were often seen as a separate subculture of bohemians, beatniks, hippies, and New Agers. We have both first-time Urantians (new souls) and starseed in our intentional community, and, although the new souls do not quite understand the starseed, we interact as a loving family on a daily basis. The new souls in Divine Administration study alongside the starseed to learn both The URANTIA Book and Continuing Fifth Epochal Revelation and have an understanding of the physics of rebellion and ascension science—two subjects I won’t even attempt to write about here.
These new souls, upon meeting an individual, can actually often determine whether that person is a new soul or a starseed, and even at times determine which of the three other universes the starseed may be from. It is a wonderful experience, this spiritual unity. You should try it!